Why practice the Segovia Scales?

Guitarists have an opportunity to hone a great number of technical and musical skills while practicing the Segovia Scales.

Here are some of the areas, if consciously focused upon, that will see marked improvement:

The topics above (and many more) will be addressed in the Technique Masterclass videos found in each chapter.

Remember these words from Maestro Segovia:

“In one hour of scales may be condensed many hours of arduous exercises which are frequently futile.”

What are the Segovia Scales?

Due to his towering stature as an artist and pioneering accomplishments, his scale system has become the standard for guitar pedagogy worldwide.

What is the Segovia approach to scale fingerings?

Here is a breakdown of the patterns and which major and minor keys belong to each:

Segovia’s Right-Hand Fingerings (Plus One!)

In this course, we will practice all of Segovia’s suggested fingerings for the right hand, plus one additional combination – “amim“.

This gives us a total of eight right-hand patterns.

The Cycle of Fifths:

Segovia published the scales in the (clockwise) order of the Circle of Fifths:

Towards the end of the course, we will practice the entire set of 24 scales in Segovia’s original Cycle of Fifths order.

First, for efficiency’s sake, let’s learn the eight patterns, one at a time. 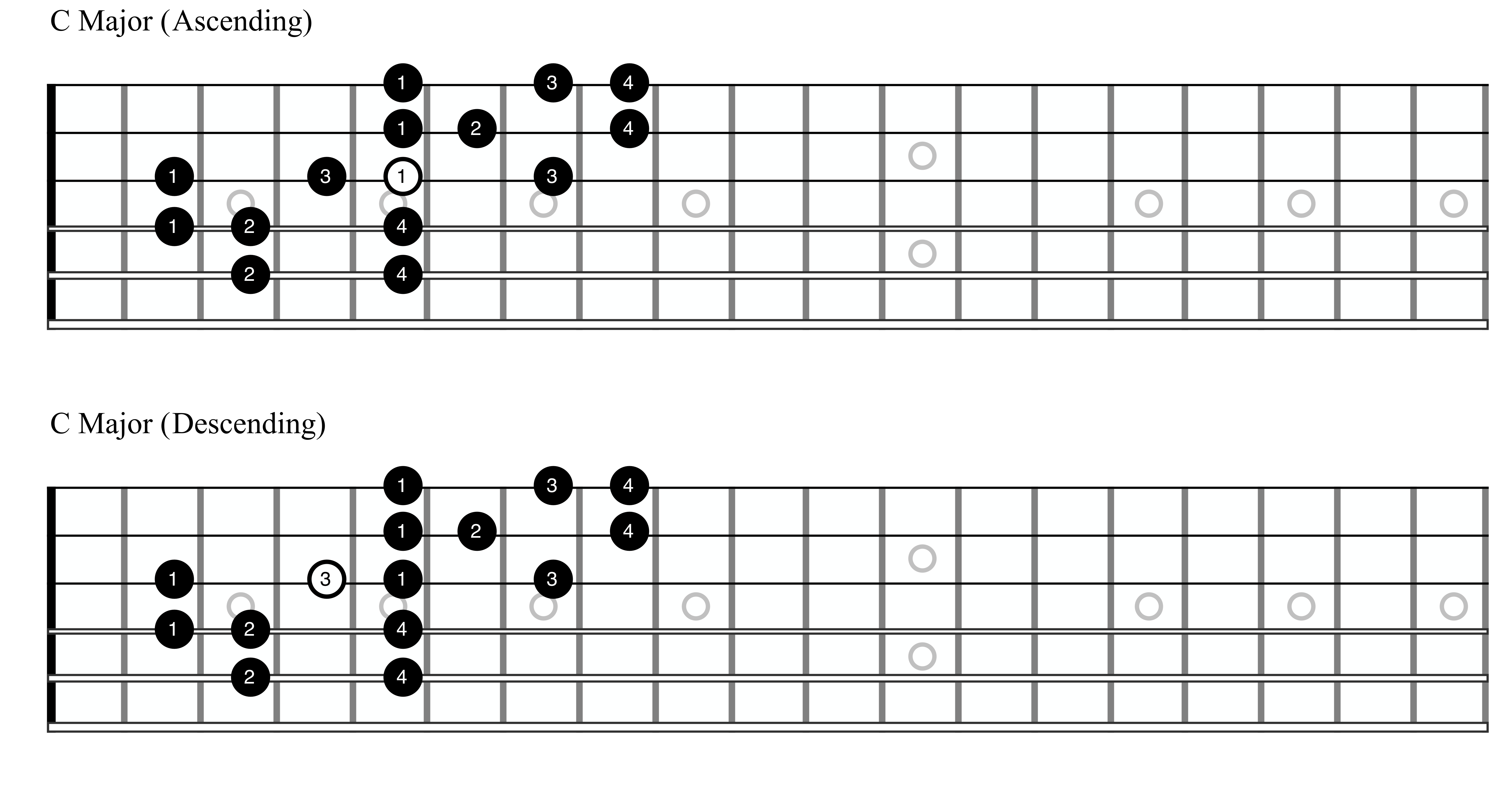 – right-hand thumb “planting” in free stroke technique (string-below-the-string you’re playing)
– advantages of the free-floating thumb in rest stroke
– stationary thumb in rest stroke technique
– maintaining the degree of curvature in the fingers while crossing strings (both stroke types)
– instantaneous relaxation as recovery phase and preparation for upcoming stroke
– base-joint as the origin of motion (tip-joint relaxed, or not?)
– wrist & arm mechanics (rotation as compensation for varying finger length)
– wrist & arm mechanics (“feeding” the right arm, thumb on the wood)

– How-to: thoughts on transposing the scales

Practice-Along: All Pattern #1 Scales as a Single “Flow”

– three speeds: half, quarter, and eighth notes at 135 BPM

Looking for the rest of this course? Please visit: